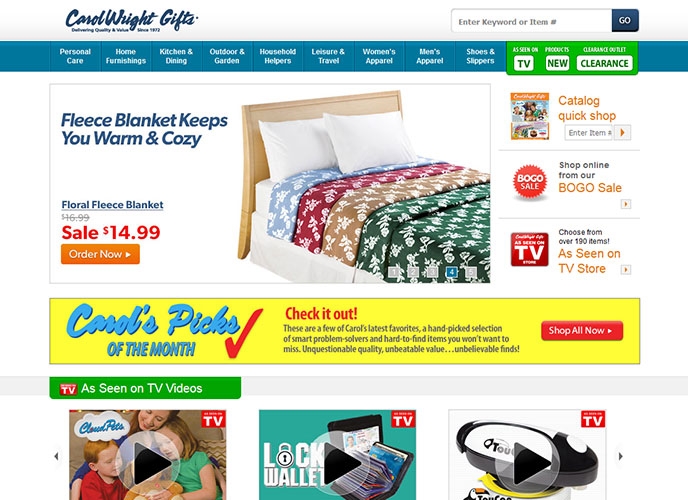 Carol Wright Gifts is one of the leading E commerce brand featuring a large selection of gift ideas, including Women’s Apparel, Discount Home Furnishings, and Bedroom Accessories.
They were not able to rank very well on the Google SERP and that is what lead them to approach us.

Carol Wright Gifts approached us with the task of helping them rank their site on the first page of Google with their selected keywords:

On the technical front we decided to check the site for any internal errors or dead links that might endanger the site’s ranking.
We also decided to publish infographics and PDFs along with image submissions on various sites so as to generate valuable implied links.

One of the major challenges encountered during the project was for our Search Eccentric team to create outreach. To get influencers in a short time and to have them organically publish contents over various authoritative sites takes time and a lot of build-up.

We managed to do it through small teams wherein all of the members of each team would simultaneously search, target and pitch for publishings. Finally we were able to make that happen in under three months.

In 3 months, Carol Wrights Gift made history by ranking on number 6th position on Google SERP, a feat that they had never ever achieved before.

Ranking that high not only earned them more searches, but also enabled them to beat their top competitors. 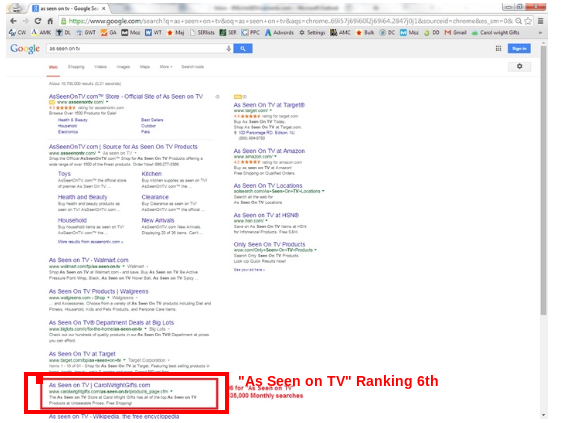 All three priority keywords “As seen on TV”, “As seen on TV Store” and “As Seen on TV Products”ranked successfully on Google’s first page generating a huge boost in their business. 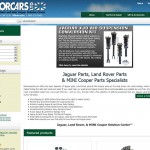 Motor Cars Ltd
We use cookies to ensure that we give you a great user experience on our website. If you continue to use this site we will assume that we have your permission to use cookies as per our privacy policy. Accept