What to Expect From the Next Penguin Update By Google

What to Expect From the Next Penguin Update By Google

May ’14 brought along with itself a number of updates that impacted how the internet, at least the portion which runs on Google, worked. When Google does something, the world stops and takes notice. And now that Google has done something, the world, specifically meaning webmasters and search engine experts, are engrossed in trying to figure out the consequences of Google’s actions.

The Panda Came, the Penguin Did Not

The entire month of May this year was spent by many SEO experts anticipating the update of Google’s Penguin algorithm, and update of which was released the same time last year, and changed the ranking mechanism to a significant extent. But when an update did come, it was not for Penguin but for Panda. Although officially announced on May 20th, the effects of the Panda update were observed as early as a week before. The Panda update affected around 7.5% of the English search queries, and was seen as a soft update. But it still managed to improve and plummet the rankings of many websites. The ones that were negatively affected were those which hosted syndicated content. And those which had been penalized in earlier updates made recoveries.

Where Art Thou, Penguin?

Coming back to the Penguin, we are yet to see an update for it though there are murmurs that it might not be long before we see a refreshed version being launched. Webmasters whose websites were hard hit by previous Penguin updates are waiting anxiously for it to arrive in the hope for recoveries, and this might just be the case. We do expect the refreshed version to improve or even restore the rankings of websites who have corrected their site structure and removed bad links, things which had got them penalized in the first place. Till now, there are a high number of sites which, despite all the corrections and improvements, have not seen their rankings surge accordingly. Such websites are desperate to get out of Google’s bad books once and for all.

Things That the Next Penguin Update Might Bring Along With It 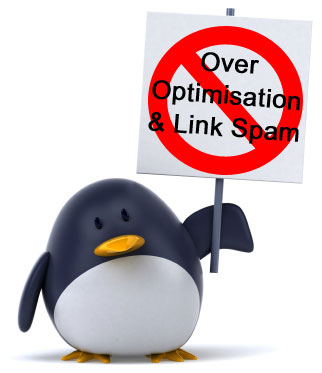 Links will always be important to Google in determining the value and the rank of a page, at least for the next decade. Even Matt Cutts, head of Google’s web spam team stressed on this in one of his video blogs. So we expect that the Penguin update will continue to filter out low quality and spammy backlinks, albeit more accurately. But the punishments may become more severe. Google might believe that people would have learnt not to rely on bad links for ranks and mended their ways, and those who continue to do so need to be penalized.

Matt Cutts, in another one of his video blogs had given his opinion on the usefulness of guest blogging in today’s time, and how it has more or less turned into a spam related exercise. Now if we go along this route, and assuming Cutts might be giving us an insight on Google’s vision for the future, we have reasons to believe that the next update of Penguin may also target sites which retrieve links from guest blogging websites. We are not asking people to shun guest blogging, but over relying on anything is risky, especially when that thing has been deemed a “spammy practice” by a Google Head. The alternate way is to ‘nofollow’ guest post articles.

The use of exact match, optimized, or even over optimized anchor texts, as we see, is slowly fading away, and will possibly come to an end with the next Penguin refresh.

To put it straight, we expect Google to tighten is noose on online spammer further, and increase the punishments even more. With more and more signs coming from many places time and again about Google’s increased seriousness to fight spam on the web, the next Penguin update, whenever it comes, will most probably be shaped this way.

Copyright © 2019 SEO Company : Search Eccentric
The Dofollow Nofollow link debate intensifies
Getting started with Google Universal Analytics
We use cookies to ensure that we give you a great user experience on our website. If you continue to use this site we will assume that we have your permission to use cookies as per our privacy policy. Accept