All web masters should have been very much aware about Google’s algorithm, mainly Panda and Penguin algorithm, which was introduced by Google several years back. Yet still, both of this algorithm is a nightmare for many Digital Marketers, SEO Specialists, as well as business owners. But on this article we are not  going to discuss about Post Panda SEO Strategy, however, we will discuss a couple of ways, which will help us to figure out which algorithm hit our site. 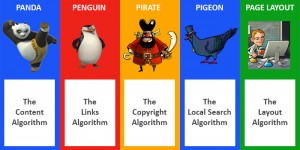 If you have noticed that your website traffic is going down day by day in your stats program, then there is a probability that you are hit by any of this algorithm and its update. As panda and Penguin work very differently, so it’s critical that you have to figure out which algorithm hit your site. 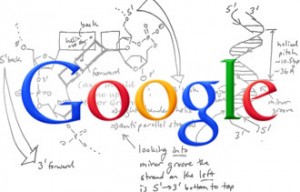 Generally a website penalized by panda algorithm could be because of its low content or poor SEO structure. But when Penguin algorithm penalizes a website, that means it finds low quality links therein.

Once you have noticed that your web traffic is going down day by day, then the first thing you must do is check your Google web-master tools account. When a website is penalized by Google algorithm, most of time Google will post a corresponding note in that website’s web-master tool account with details of specific reason behind the penalty.

There is no doubt that these kind of noticed is often only issued to the particular website which is caught by Google for doing unethical practices. But what will happen when Google changes its algorithm that have affected your website.

There have been plenty of examples where the website received penalties that were not really penalties at all. Those kind of website who lost ranking only because of re-prioritization of the algorithm. When Google introduced the panda 1.0 at a point of time, many websites lost their ranking overnight, even most of industry-leading website also lost their ranking.

To avoid such kind of scenario, you have to always keep in touch with your favourite SEO news site for getting all the update about search engine algorithm changes. Again, when Google comes with a new update at that point of time webmasters across the globe gather together to discuss about the impact of the updates on SEO news website.

Find Out the Extent of the Penalty of Your Website:

You can check if your website is still indexed or not, since the most critical situation is for any website is to be removed from Google index entirely.

But this kind of penalties only applied by Google in the most serious cases. To know or check your site’s indexing status; just enter site: yourdomain.com in Google search box. If Google shows no result, then your site is no more accessible to Google

If you are trying to promote your website through link building campaign, then there is no doubt that your website will be penalized by penguin algorithm sooner or later. Surely you will get better ranking for a few weeks, but at end of the day your ranking will drop tremendously.

Take your time to confirm what extent your ranking changed on Google search engine result page. Then you will get an idea whether you are losing your ranking on all your targeted keywords or just a few.

It does not matter what the size of weight of your penalty says, you must regularly check all your SEO practices against term and services issued by the Google.

Pushpendra
Pushpendra is a highly innovative and passionate marketer working in the field of Digital Marketing for over 10 years now. He has been a witness to the evolution of SEO and Internet Marketing practices and has adapted his strengths to provide the best solutions to his clients. He is highly detailed and result driven when it comes down to creating strategies for complex projects. His indepth understanding of Technical SEO gives him an upper hand while optimizing websites that help in achieving the desired results. In his free time, Pushpendra likes to write about updates and techniques of SEO for readers looking to understand the world of SEO. He actively participates in discussions about current affairs in and around the world.
Recent Posts
Recent Posts
Categories
Explore »
Services »
Newsletter »
Contact Us »
We Accept