The much hyped year of the decade is probably settled with ease and calm to fodder the curious minds of enthusiasts. Half way through the chilling month, the reverberating celebrations seem to disappearing in the mist. And the boom is back to concentrate on what 2012 has in store for those technology-obsessed intelligentsias. 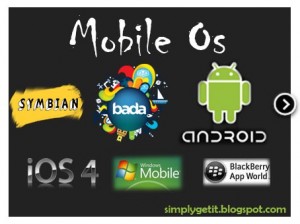 via www.simplygetit.blogspot.com
As owed to the promises last year, the year is all set to offer its delicacies in a golden plate. The first in the pipeline is Ultrabooks which has many eye balls rolling already. Lighter, faster, and extra battery life, are top few things on the list making people go weak on their knees worldwide. Ultrabooks will soon sweep people off their feet once they are available in the market (qt. in “TOP 10 tech trends to watch out for in 2012”).
The very next trend on the list to vouch for is ‘Cloud Migration’ followed by the tough competition among big names of mobile operating system representatives. There gotta be a fresh operating system soon amid people’s waning perceptions for existing operating system which ruled the market (qt. in “TOP 10 tech trends to watch out for in 2012”). Other things on the pipeline are Smartphones which under no suspicion are constantly becoming rage among its followers. The competition is airtight and incites unending challenges. We can’t simply duck talking about Tabs which with searing pace is making its market blazingly flourishing.

Facebook unveiling 26 applications is directly connected to what seems to be an ongoing trend in the market. The newer applications are making their way and 2012 is the year to vouch for them. ‘A truth generates ten lies’ is perfectly adjusted idiom in the context which soon will find its place in Oxford Dictionary of English in the category of most commonly used slangs. While the industry of new technology seems promising, the industry of unethical technologies will grow even faster. Malwares and its honoring faculties are going to make handsome bucks this year (qt. in “TOP 10 tech trends to watch out for in 2012”). There are a lot of other surprises in store for the people.

Copyright © 2019 SEO Company : Search Eccentric
A quick Insight into PPC in 2011
3 Blogging Secrets to Become Uber-Successful Overnight
We use cookies to ensure that we give you a great user experience on our website. If you continue to use this site we will assume that we have your permission to use cookies as per our privacy policy. Accept