The Big Changes For Mobile SEO in 2017 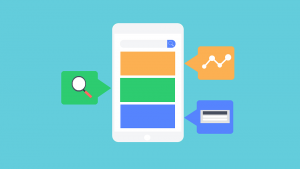 Having about 60% of the total searches come from the mobile devices, the year is marked as the first one when mobile will overtake desktop in terms of searches. This clearly points out to the fact that Google is taking mobile experiences quite seriously.

There is no doubt to the fact that Google is a crucial player in the world of search engine. 65% of the total web searches done are by using mobile applications.

Thus, when there are changes made in Google, it is important for the websites to pay attention to these changes.

Knowing the importance of such changes, the blog focuses on the major changes that are coming up in 2017.

Change #1: Sites with “Interstitials” are penalized by Google

Confused what is actually meant by “Interstitials”? Here is what Google describes this in the official news on crawling and indexing sites for Google index.

“Although the majority of pages now have text and content on the page that is readable without zooming, we’ve recently seen many examples where these pages show intrusive interstitials to users. While the underlying content is present on the page and available to be indexed by Google, content may be visually obscured by an interstitial. This can frustrate users because they are unable to easily access the content that they were expecting when they tapped on the search result.

Pages that show intrusive interstitials provide a poorer experience to users than other pages where content is immediately accessible. This can be problematic on mobile devices where screens are often smaller. To improve the mobile search experience, after January 10, 2017, pages where content is not easily accessible to a user on the transition from the mobile search results may not rank as highly.

Here are some examples of techniques that make content less accessible to a user:

To put this in simple terms google is bringing this big change to prevent the pop ups which are very much disruptive in the mobile landscape. For example, if you are a consumer and looking for a product, you will click on the websites that appears on google’s first page. But, when you click, before getting the view of the content, you are being shown a pop up which contains ads and you have to look for the close sign to delete it and reach to the main content view. This turns annoying for the consumers as the mobile screens are too small for these and they often leave the page immediately. To prevent this kind of interstitials, google has warned of penalizing such websites.

Change #2: Google Ranking Will Be Based On Mobile First, Desktop Second

This is one of the biggest change that the companies are looking for in 2017. Ever since google came into existence, the ranking depended on the look of the websites and its functions. A breakthrough came, when keywords started deciding the google ranking. But, in 2017, google will give full importance to the responsive website or in other words the ‘mobile-friendly’ nature of a company’s site. It took google only a span of six months to announce that mobile friendly will not only be a mere search factor, but will be considered as an essential ranking factor.

Technically called ‘mobile first index’, it basically means google will give more importance to the contents and codes of your mobile version, rather than the desktop one. To put it simply, if your mobile version has less content and features, but your desktop ones have more, google will place your mobile version content on the search results of the desktop. It will prove costly for many, who offers separate desktop and mobile experiences. So, make sure that your site doesn’t take much time to load and is readable on mobile screens. If your website is lacking in supporting these, then it is possible that your ranking on the google search engine will eventually go down.

So, if you are waiting for the big changes in 2017, make it a point to make your website responsive so that it can load easily on mobile screens. Besides, keep in mind the warning that google issued about interstitial websites. A few mistakes can make your website ranking low. To have a good ranking in 2017, hire a good digital marketing company like Search Eccentric and view the results yourself.

Copyright © 2019 SEO Company : Search Eccentric
5 Core Rules of Social Media Optimization
SEO Tactics: How To Accomplish SEO Goals On A Shoestring Budget
We use cookies to ensure that we give you a great user experience on our website. If you continue to use this site we will assume that we have your permission to use cookies as per our privacy policy. Accept