Contextual search to script Yahoo’s comeback in the search game

Marissa Mayer, the Chief Executive Officer (CEO) of Yahoo, has been quite vocal about how she is eager to bring the search engine back on top of its game. Global SEO experts are both excited and apprehensive about Ms. Mayer’s ambitious plans, where contextual search could play a much greater role than previously expected. Contextual search is being considered the next big thing in the search engines that has been Google’s home territory for more than a decade now. Hence, expectations are rocket high, and Yahoo’s arsenal is being closely monitored by SEO and webmasters all across the globe.

Mashable reports, Mayer restated her new player- contextual search algorithm and its desire to script Yahoo’s comeback in the search game at the recently held Goldman Sachs Technology Conference in San Francisco. She emphasized on the fact that stage is being set for the rolling out of new algorithm at large scale and stressed that contextual search will remain the company’s key focus area. 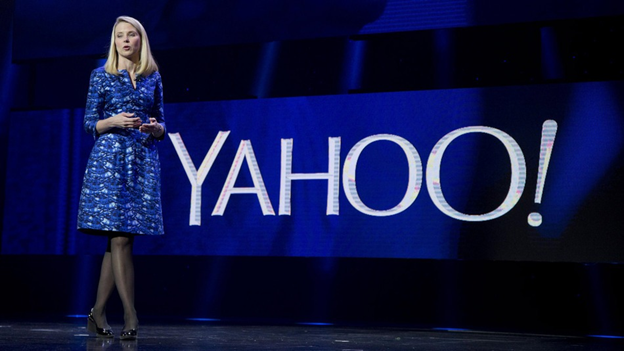 At the conference, Marissa Mayer was quoted as saying, “We’re long on search”, and added “Search is curiosity, and that will never be done.” She betted that Google could be beaten in its own yard with the new contextual search, to which she added at the conference, “When I look at things like contextual search, I get really excited.” It must be noted that the concept isn’t new at all, and has long been predicted to become the focal point where search engines will evolve.

So how contextual search could help Yahoo actually combat Google?

The latest development have definitely stirred a row in the search engine marketing field, where both Yahoo and Google are pegged to get involved in a stiff face-off against one another. Contextual method means algorithmically trying to understand a searcher’s persona and real motive, in order to render high quality search results. Basically contextual search is based on anticipating what users are most likely to look for, and thereby providing a better search experience. Experts have opined that Yahoo’s new algorithm might be scooping for its users’ preceding searches, locations, time and patterns in the search behavior, and presenting accurate results according to that information.

The idea behind Yahoo’s contextual search isn’t much different from Google’s Hummingbird algorithm update that was launched last year. The Google Hummingbird was more of an infrastructural change that Google had been preparing, and strives to understand searcher’s persona and delivering accurate results via long tail keywords and conversational search feature. Google’s conversational search gets personal with the user, and this is one area where Yahoo’s contextual search might be different.

What the experts say about contextual search?

Commenting on Yahoo’s Contextual method of search, Barry Schwartz, SEO expert and Executive Editor at Search-Engine-Roundtable, was quoted as saying, “It’s so early on, Marissa Mayer thinks that Yahoo can compete in that area against Google, Bing and others. I think Mayer is right in that if Yahoo wants to compete, they have to look at what’s still available to take a bite out of the market share.”

Further, Gerald Weber, Founder of the Search Engine Marketing, quoted “Yahoo has been lagging behind Google, Facebook, and Microsoft in online ad share for quite some time, so they definitely need to take some action to get back in the game of Ad search revenue. Because contextual and mobile is the future they are definitely on the right track in focusing in this area.”

The stage for Yahoo’s contextual search is set and the scenario seems definitely appealing. However, pitching against Google’s Herculean stronghold in the search engine industry isn’t going to be easy by any means. Hence, it is going to be interesting to see if Marissa Mayer is able to pull it off against Google on the back of the yet-to-be launched new contextual search algorithm.

Pushpendra
Pushpendra is a highly innovative and passionate marketer working in the field of Digital Marketing for over 10 years now. He has been a witness to the evolution of SEO and Internet Marketing practices and has adapted his strengths to provide the best solutions to his clients. He is highly detailed and result driven when it comes down to creating strategies for complex projects. His indepth understanding of Technical SEO gives him an upper hand while optimizing websites that help in achieving the desired results. In his free time, Pushpendra likes to write about updates and techniques of SEO for readers looking to understand the world of SEO. He actively participates in discussions about current affairs in and around the world.
Recent Posts
Recent Posts
Categories
Explore »
Services »
Newsletter »
Contact Us »
We Accept