Google opens the gate to Panda 4.2

Google is known for constantly upgrading its algorithms in order to improve its search accuracy for the users. In this regard, it has come out with various forms of updates (Panda, Penguin, Pigeon) that cater to various forms of crawling methodologies within a website. 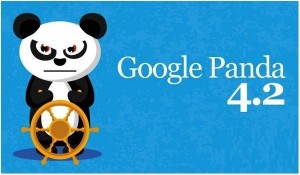 Panda Update, for instance has been dealing with content that are put up on the websites and targets duplicacy and validity of contents based on the value it offers to the end user.
The last official Panda update was rolled out around 10 months back in September which was called ‘Google Panda 4.1’. Since, it was a slow-rolling update as well, many experts were of the opinion that various issues were not completely dealt with in that update and thus, another quick update is required that would fix the loopholes.
Finally, here we are with the official release of Google Panda 4.2.  It was earlier scheduled to be rolled out in the month of June, but due to certain last minute technical issues, it got postponed up till July.

Commonly referred to as the Panda Refresh, Panda 4.2 is slowly but steadily rolling out as we speak. The first signs of this update was noticed on Mozcast, where we saw weekly fluctuations in the search algorithm pattern. 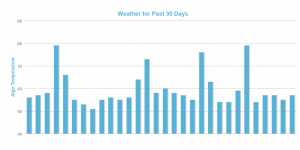 As we can infer from the graph, we can quite clearly notice that on 1st, 11th, 17th and 22nd of July there were sudden peaks. This reflects a pattern, which indicated that a major update is coming in soon.

“Google has confirmed that this refresh affects only 2-3% of search queries, which is lower than the previous refresh of 3-5% in September 2014 and the last true update in May 2014 which affected 7.5% of search queries.” said a Google spokesperson addressing the update release queries.

Although Panda 4.2 is released as an update, it is, in nature, more of a rehash of the previous update 4.1. What this means is that, 4.2 in itself is not as much of an update as is a patch for the original 4.1 update.

This update is rolling out at snail’s pace. Therefore it is hard to determine its actual effect on the SERP as of now. However, researchers actively working on tracking the changes have found that medium to small sites are now getting more recognition than before and they feel that this 4.2 update has a crucial role to play in this.

“Based on user (and webmaster!) feedback, we’ve been able to discover a few more signals to help Panda identify low-quality content more precisely. This results in a greater diversity of high-quality small- and medium-sized sites ranking higher, which is nice.” – Pierre Far 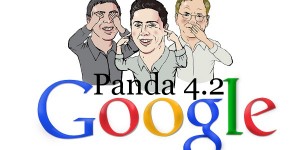 Although Google strives to improve its algorithm with each set of updates, it is hard to say as of now, whether Panda 4.2 has been beneficial so far. As I had stated earlier, that weeks before the official roll-out, mozcast had been hinting at SERP fluctuations; it is difficult to measure the actual effect of the update as things stand.

Adding to this, since the roll out is unusually slow, it is too early to decide and state whether Google Panda 4.2 is the answer to the 4.1 chaos that had hit a number of big websites.

Experts are of the opinion, that we should stick to the basics and focus on providing more value to the content of each web page and ensure that it is unique and adding value to the users.

Vibhu Satpaul
Vibhu Satpaul is co-founder Saffron Edge. He is a Digital Marketing and technology expert with penchant for sharing technology and marketing ideas and innovation. Vibhu has successfully created various progressive systems to streamline management and marketing results for clients worldwide. A graduate in Information Systems and Softwares from LSE (London), his style of management involves providing innovative and transparent solutions to improve efficiency and value creation. In his free time he likes to take to the court for tennis bouts and enjoys gaming. Vibhu also likes to write about Business and Marketing solutions, and has been featured in Social Media Today. You can connect with Vibhu on: LinkedIn
Recommended Posts
Recent Posts
Categories
Explore »
Services »
Newsletter »
Contact Us »
We Accept