Google Panda 25 may be updated today >> I have analyzed some noticeable changes in the traffic and ranking of many accounts since 18th Feb. The traffic was low and the ranking also dropped since the 24th panda update . Now suddenly traffic and ranking have increased to a certain extent which might be a signal for Panda 25 . I confirmed with other webmasters about traffic and ranking in the search Engine ranking pages (SERPs), as expected things are improving. 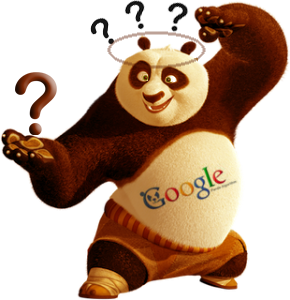 Mozcast shows unusual temperature whenever there is some changes in Google, referesh or updates. It showed 78 degrees which is high, on 18th February which means there is such a possibility.

But no announcement from Google as of now.It can be a refresh or it can be another Panda update, nobody is really sure. There has been some unusual ranking and traffic changes in the last few days but nothing conclusive. If more reports come in from other webmasters or Google announces an update, we can be certain of it. Barry Swartch from SEO Roundtable also predicted an update but he is too not very sure of it.It’s been 30 days now after panda 24 , Webmasters have now started discussing on different discussion board about panda 25

Copyright © 2019 SEO Company : Search Eccentric
Deal With Google’s Unnatural Link Penalty Easily
Have You Been Affected By The Panda Update #25?
We use cookies to ensure that we give you a great user experience on our website. If you continue to use this site we will assume that we have your permission to use cookies as per our privacy policy. Accept