Google Tag Manager Gets A Facelift Plus New Features

Google Tag Manager is now more accessible and powerful than ever before. As per the blog, the new version has:

1. New APIs that tailor the power of Google Tag Manager to your unique needs.
2. A new intuitive interface to help you launch and edit tags even faster.
3. More 3rd-party templates to make tagging easier.

Strategies are monitored and modified dynamically with the Tag Manager. Let’s see what the new version has in its arsenal. 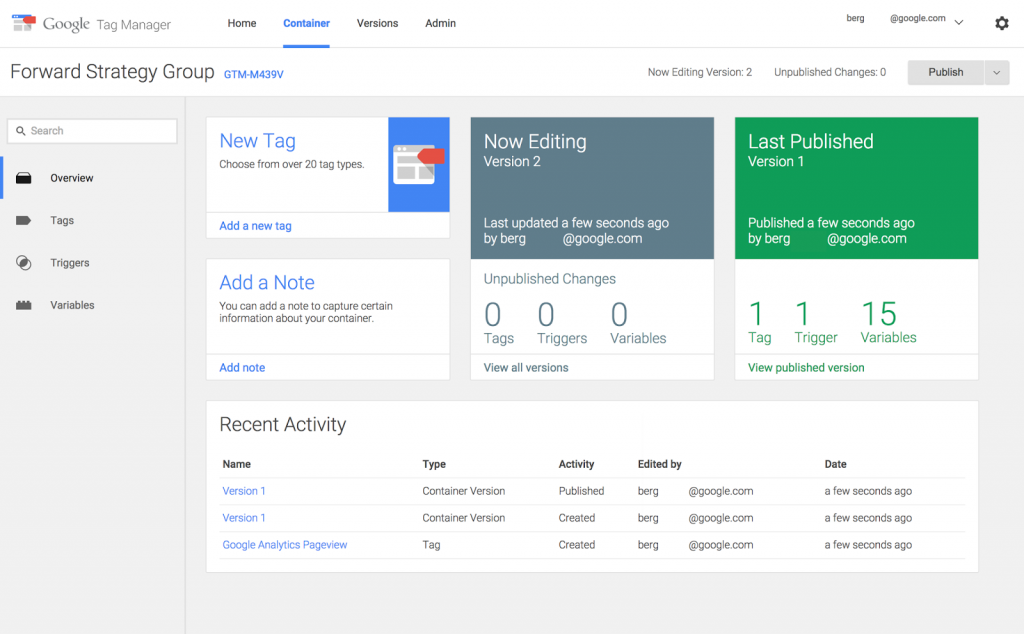 The new API allows more customization than the erstwhile version. For example, users can now tailor the infrastructure as per their requirement, which can be anything from developing your own tools or creating seamless integration with the existing operations. One webmaster can manage other users, preview and publish containers and tags, besides the ability to manage user access in bulk.

One can create a master container template, add multiple variations (such as the domain, or the ad campaign ID) in a Google Sheets doc, and the API will then automatically deploy the same settings to different containers and maintain them in tune.

Over the next few weeks, many 3rd party templates could be expected amid the Google Analytics landscape. The % error will significantly reduced by using pre-defined tag management templates and fields, since the Google Tag Manager officially supports tags from AdRoll, Bizo, Clicktale, Marin, VisualDNA, quantcast, Criteo, Comscore, Neustar, Distillery, Turn, Mediaplex, amongst others. 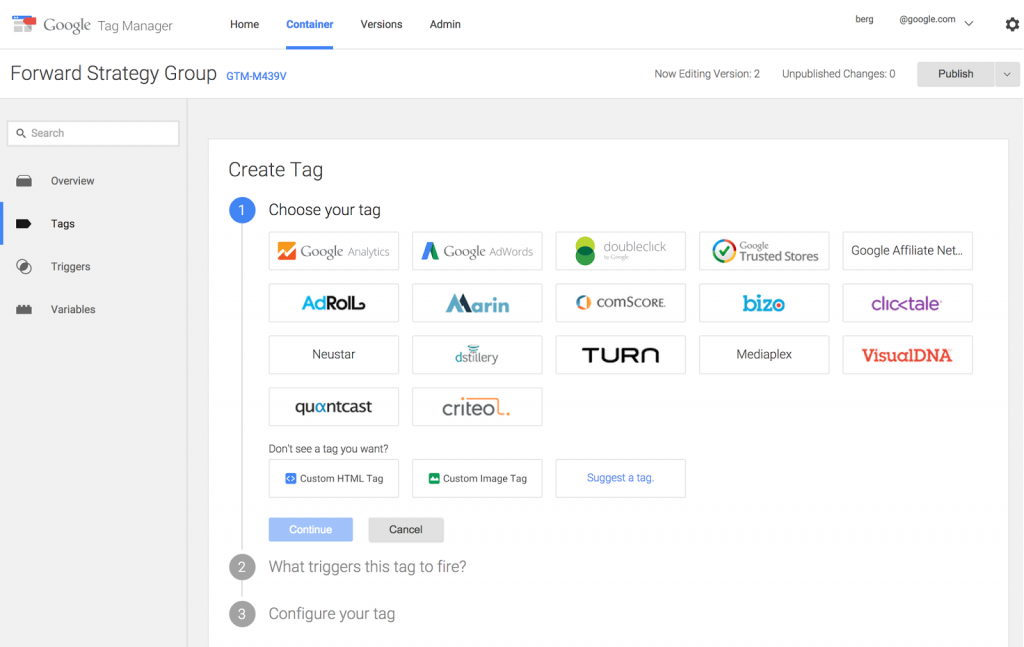 Google wanted to create a simple and easy to understand tag management setup that even non-technical users could use without much problem. This is precisely the reason behind the Google Tag Manager’s fantastic new improved and intuitive interface. The tasks are intuitive and organized in the same manner as Adwords and Google Analytics, with instant search and autocomplete among many new features. Tagging and updating new tags could never have been easier.

Copyright © 2019 SEO Company : Search Eccentric
Let’s catch up at Pubcon Las Vegas 2014: Search Eccentric @Pubcon Day 1
Secret behind the first Google Doodle & the incredible history of original Google logos
We use cookies to ensure that we give you a great user experience on our website. If you continue to use this site we will assume that we have your permission to use cookies as per our privacy policy. Accept