How The Interview hack took the internet by storm

The Interview has to be the most controversial movies of the 21st century. A story depicting the assassination of North Korea’s president Kim Jong-Un was at the heart of a media storm after North Korea’s state-run KCNA news agency described the feature as a “blatant act of terrorism”.
What followed was a cyber-attack on Sony Pictures with salary details, confidential emails and movies being leaked online, resulting in the distributor cancelling the movie’s theatrical release. However, this has done little to subdue the interest with what is such a debateable movie. In fact, it has only added to the movie’s popularity. 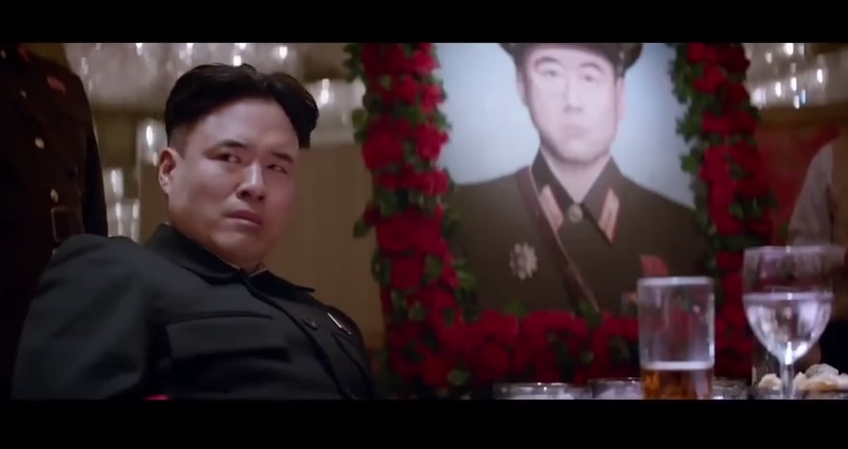 The hack
Originally, it was widely accepted that North Korea or their sympathisers were behind the leak of thousands of confidential material from the distributors. It would make sense. A nation angered by the controversial fictional assassination of its dictator and keen to project its power would clearly want to send out a strong message to those looking to undermine their country and values. However, it has since been confirmed that North Korea had nothing to do with the hacking, so who did?
Despite the strong themes running through the movie, The Interview wasn’t predicted to be a massive success, and current credible website ratings support this. Emails between the Big Guns at Sony suggested that the motion picture wasn’t as great as it should have been, and for anyone who has witnessed the movie, there is some truth there. Whilst it is enjoyable, there are crude jokes, graphic scenes of violence and easy wins. This along with reports of disgruntled ex-employees strongly suggests Sony themselves were in some way directly linked to the hacking, rather than the Communist nation and its sympathisers.

It is no secret that the media storm and social media interest surrounding the movie had a huge influence in promoting it. We can see correlations between the search term ‘The Interview’ (blue) and ‘Sony Hack’ (red) proving the hacking scandal did help to promote the movie:

A powerful force in the 21st century, no company or business worth its salt would forget or actively leave out social media in any of their campaigns, and the interest of the hacking scandal certainly aided resulting in The Interview becoming the ‘Forbidden Fruit’ of the theatrical world.

Yes, the hacking aided, but what was the response online for The Interview in general?
It is widely known that the official presence of The Interview online and in print has been extremely quiet. Whilst Sony kept The Interview away from their website and top movie rating sites like Rotten Tomatoes and IMDB do give The Interview poor to mediocre ratings, most of the legwork appears to have been done by the social media hoards.
The hack lead to Sony deleting all social media associated with The Interview to then reactivate to this many followers:
Twitter – 48.9K
Facebook – 551,545 likes
By the 19th December, Sony and North Korea had been mentioned on Twitter a whopping 2,751,490 times in 7 days with most of the conversations on social media classed as negative, especially towards North Korea.
This said report interestingly shows how average the media coverage for the movie was in comparison to social media interest. The second graph shows how the hack has actively aided in producing negative feedback through social media aimed at North Korea at a similar time the hack came to light, and North Korea were blamed for the attack by the FBI.

Whilst the interest through social media was encouraging, Sony’s decision to axe the release sent Twitter, in particular, into a whirlwind with 730,000 mentions of the hashtag #TheInterview or “The interview” in the 24 hours after the decision. Views of various clips on Youtube soared to 406,000 per day post hacking according to Bloomberg with web searches more than tripling since the hack (post published 09/12/14):

The Interview had a strong hashtag campaign through Twitter, those behind the social media engaged with their followers creating a level of freedom surrounding the release of a film taken away from the public and this had many symbolic factors.

The use of social media in promoting The Interview and its pull from the public eye was an interesting symbolic gesture, deeply suited to the themes of the movie. For example, the divide between Capitalism and Communism; the former representing full freedom of speech whilst the latter oppressing. Sony actively pulling the movie can be seen as an act of Communism itself; the hack has restricted your freedom to be able to watch/do/say what you please. The result was a social media uproar that a dictator (since proven false) has restricted our rights.

It is a symbolic action that caused Americans to consider their freedom, directly correlating to the movie’s key themes. Once Sony decided to re-release, this made watching The Interview that much sweeter. The Western World can have their controversial film and enjoy, with added relish.
There are a number of theories out there regarding The Interview and it has to be said, this definitely drummed up even more interest in this controversial movie. However the strong marketing through social media was extremely symbolic as well as a resounding success. The movie itself certainly isn’t going to win any Oscars this awards season, but a must-watch following its clever and possibly even spontaneous marketing campaign.