Google Launched an Update “Improves Diversity” Of Domains in Results

Recently, there was some talk about Google algorithm update, which is putting an impact on the rankings of domains. This has been confirmed from the tweet of Google’s head of Webspam that states, “There have been complaints in recent weeks about Google showing search results pages with a lot of results from the same domain for a lot of queries. Presumably that will be better now, and users will get a more diverse set of results in more cases. Or maybe it’s just about spreading the love among more domains in general (and not just per page).” 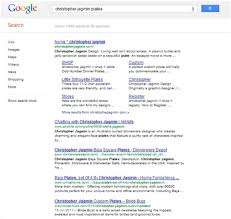 Google has once again come up with its new algorithm update that affects the diversity of domains in search results. This latest change will allow more domains to rank in search results. It will be interesting to see the noticeable changes due to this new update, especially on the daily basis. Although, Google has yet not announced anything about this update but webmasters can notice the changes are taking place.

The head of Google’s spam fighting team, Matt Cutts, tweeted, “we rolled out a small algorithm change this week that improves the diversity of search results in terms of different domains returned.”

Many people have observed that search results of Google can at times be dominated by pages which all come from the same domain. Do a search on the Google and often you will see that many of the results appear from the same site. The big list of Google algorithm changes has many other surprises for the webmasters and people, which will keep coming out. We just need to have a close track on what’s next from the Google.

Vibhu Satpaul
Vibhu Satpaul is co-founder Saffron Edge. He is a Digital Marketing and technology expert with penchant for sharing technology and marketing ideas and innovation. Vibhu has successfully created various progressive systems to streamline management and marketing results for clients worldwide.A graduate in Information Systems and Softwares from LSE (London), his style of management involves providing innovative and transparent solutions to improve efficiency and value creation.In his free time he likes to take to the court for tennis bouts and enjoys gaming. Vibhu also likes to write about Business and Marketing solutions, and has been featured in Social Media Today. You can connect with Vibhu on: LinkedIn
Recent Posts
Recent Posts
Categories
Explore »
Services »
Newsletter »
Contact Us »
We Accept

Copyright © 2019 SEO Company : Search Eccentric
Google AdWords Launches Ability to Share Budgets across Campaigns
Google Tag Manager-New Gift From Google To Handle Your Tags Better
We use cookies to ensure that we give you a great user experience on our website. If you continue to use this site we will assume that we have your permission to use cookies as per our privacy policy. Accept