Promoted Pin is here to help Optimize your Business Better!

With the on swing of Digital Marketing taking over in every nook and cranny of the business world, it often gets quite overwhelming to understand and utilize the platforms that are available to us for promoting the brand. There are tons of social media and blogging sites out there and with the increase in their number, the quality ration starts decreasing, leaving behind only a handful of sites that one can use to effectively promote their business.
If you think I’m going to throw in a list of legit sites in this articles where you can do successful promotions, then no, this article isn’t for you. In this article I’m going to simply talk about one particular site that is relatively new and is already establishing itself as a dominant force to be reckoned with.
Pinterest. What Pinterest does is take the same old ball game and rehash its functionalities with little twists that make its overall presentation and usability unique and attractive. They have introduced the concept of Promoted pins and although still in its beta version, a selected number of businesses have been granted access on it.
With the initial beta version showing off the skills of Promoted Pins, it won’t be long before Pinterest start rolling out the feature for other businesses as well. Pinterest is quite a flexible platform giving enough maneuverable room to the users that businesses of any and every kind can fit right in and find their target audience at the same time. 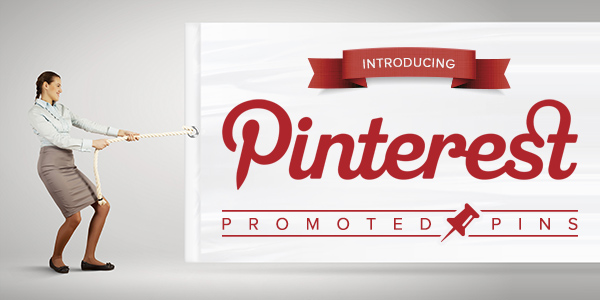 If you are sitting on the fence wondering whether you should make the jump, chances are you will find that someone has already ‘pinned’ your website onto their Pinterest profile. Its as simple as that really. As a user, you log in, and start pinning things that you find interesting or share worthy. In a way its like hash tagging but at the same time far from it. The simplicity of the entire process makes sharing and visibility all the more prominent.

Pinterest deals with pins and trends the recent pins that is ongoing. Much like Tweet and Hash Tag feature, Pinning relevant or trending materials, contents, photographs, info-graphics, Posts, news anything at all generates a lot of similar viewers stumbling across your posts and or sites that you have pinned, there by navigating traffic to the website in question. This is the basic premise on which Pinterest functions.

1.First, you should select a pin to promote which will then lead you to a details section.

2. Pinterest adheres to a Cost per Click model (CPC), where you pay, only if someone clicks on your website. Based on this you can formulate a campaign that you think would work best for you within your selected time period.

3. In Pinterest you need to choose specific keywords that you would like to be shown up on your promoted pin during user search.

It is important to remember that, as of now, the search engine of Pinterest isn’t quite as advanced as the standard Google or Yahoo search engine, in terms of keyword searches, and hence careful tagging and planning needs to be done prior to selecting and deploying of the keywords.

But, in totality, there is definitely a lot to gain from the endeavor that is Promoted Pins.

Copyright © 2019 SEO Company : Search Eccentric
Top 5 Websites powered by WordPress
Being Ethical: The techniques you must avoid to prevent a penalty from Google
We use cookies to ensure that we give you a great user experience on our website. If you continue to use this site we will assume that we have your permission to use cookies as per our privacy policy. Accept