Finally, we are there! On the 17th anniversary, Google has revamped its logo. Like always, we have decided to walk you through this Logo’s evolution and how they simple yet powerful logo sums up what Google essentially represents. In a move to call for a greater market attention, Google rolled out its simpler and yet more powerful logo.

Simple, uncluttered, colorful and animated: the ‘G for Google’ fame is all about life and versatility. And why not? A company having interest in almost everything, from cars to watches, and health care to artificial intelligence. Google has had numerous updates since its origin. But this one, as expected, sums them up all together and is expecting to have a massive influence on the billions of Google users.

There’s been a lot many changes in how search engine users use Google. Interacting through various platforms, devices as well as apps, we rely on Google for all our online necessities.

We have Google who helps us whether we use mobile devices, or TVs, or smart watches, or cars, and not to forget the traditional way, the desktop.

So what has changed is not the way how we use Google, but the context in which Google is helpful. Obviously, the evolution that took sweet seventeen years calls for a celebration of a display.  A dynamic combination of colorful dots that turn into the 6-letter Google logo, it now comes in Sans Serif font, which is incidentally a Google font itself.

Now, when people reach Google on mobile phones and tabs, and not just on desktops alone, the user interface also needed to upgrade itself for multiple platforms. Retaining the trend of simplicity like Lenevo and Quora, Google’s animated logo looks amazing.  Click on the snippet below  to see how Google evolved upto this stage.

Built by Ruth Kedar, an Israeli architect, this animated design works wonderfully on all screen types.

So, no matter whether it’s a 50″ LCD or a little 2.5″ smartwatch, this new, animated Google doodle adapts to the screen width and demonstrates an eye-catchy design. It is one of the reasons why Google decided to switch to a simpler and more screen-friendly version.

It is trying to replicate the essence that Google now stands for. Google has in recent years become a dynamic entity, guiding almost everything you see online.

Geometry behind this Doodle

Speaking in terms of the design’s geometry, the logo now consists of

To know the HTML coding, you can refer to this informative article by Gizmodo.

The combination of audacity and humility

This design brings back for us the basis of how brand designs should be made. It should work on two principles: audacity and humility. It is indeed a colossal move from Google, a display of audacity to confirm that this logo is something that the complete universe of netizens want and will identify with.

Likewise, Google has made sure that it remains humble, and so this logo is not about Google or its portfolio alone. On the contrary, it is about the billions of users that rely on Google and how this logo might just make Internet experience better for them.  Now that on all platforms, youngsters are taking the lead, be it mobile phones or desktops, this logo is what every youngster is going to identify with.

Doodle responding to your voice search

Another remarkable feature that you can notice is when you make an online search using a voice command. The moment you start entering your query through a microphone, dots start giving you a feel of an equalizer and begin responding to the vocalizations. No sooner than you end up giving the voice command, the waveform conforms itself again into the dots and keep spinning. Meanwhile, the search engine brings out for you the relevant results. As soon as the results are displayed, the dots regain their normal structure. Fascinating, and a smart UX design, isn’t it?

This much-talked about logo change is not just for beautification; it is also a metaphorical representation of Google’s complex workflow. The animation in voice search represents movement, thereby echoing that Google is not merely a search engine, but a platform promising a lot more.

Google Drive: Driving towards the future

With the voice recognition pattern trending all over the digital world, Google incorporated Voice typing skills in the Google docs. It will now be a lot easier to use Google drive because instead of using keyboards, you only need to speak what you intend to write in your doc file.

Supported for 40 international languages, this remarkable feature is going to make your work easier. Multi-tasking has never been so convenient, and Google adding this feature is a mark of excellence that the company is an epitome of. 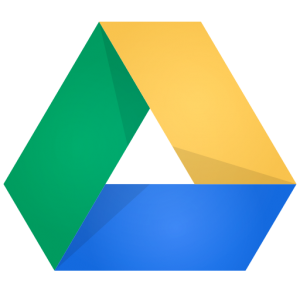 How to use this feature?

Begin as usual by opening a document through Google Docs, preferably in your favorite Chrome browser. Click on Tools and then choose Voice Typing. All set, you will need to make a click on the microphone (or tap, in case you using a mobile device such as tablet or smartphone), and then you can start  dictating through voice commands. Google has designed voice typing in such a way that whatever you speak gets transcripted. Not even a punctuation mark missed, you are only a word away from your ideal doc-file handling.

Google Docs: Research without switching to another screen 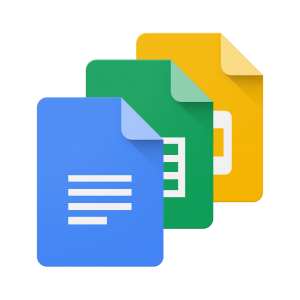 Android app for Google Drive brings another compelling feature for all its users. Now you can find and read the required information, or search for online content and copy and paste text into the online without leaving your original document file.

Although this feature is already available on Google drive’s desktop version, having this seamless experience on mobile devices is surely going to woo all the mobile users. No more switching between different screens and missing the flow, you can do it all- from inserting image or links to researching all at one page.

Shivam Trika
Shivam Trika is a keen learner, fitness enthusiast, self-proclaimed elite gamer and prolific writer writing about the latest in social media marketing, content & inbound marketing. He is an adept marketer having comprehensive understanding of engaging readers and consumers through smart marketing materials.Shivam has helped in building a lot of brands from the ground up and currently leads a team of talented writers who create marketable content for Social Media, Blogs, Images as well as ideate for videos for clients.In his leisure time, Shivam likes to read and watch stuff that inspires him to write thought provoking content and ideas that resonate well with his readers and followers.
Recommended Posts
Recent Posts
Categories
Explore »
Services »
Newsletter »
Contact Us »
We Accept

Copyright © 2019 SEO Company : Search Eccentric
New opportunities for SEO in App-Marketing
How has the methods of Digital Marketing changed in 2015
We use cookies to ensure that we give you a great user experience on our website. If you continue to use this site we will assume that we have your permission to use cookies as per our privacy policy. Accept